The people of Batchewanaung Anishinabek encompass the community of Batchewana First Nation, located on the eastern shores of Lake Superior (Gichigami in Anishinaabemowin) with traditional territory stretching between Whitefish Island and Pukaskwa. The community’s land base was established through the Robinson Superior Treaty in 1850, but significant tracts of land were subsequently taken as part of the Pennefather Treaty in 1859. Over the past number of years, Batchewana has successfully reclaimed some of its land through purchases and court cases. Today, Batchewana is comprised of four reserve communities including Goulais Bay, Obadjiwan, Rankin, and Whitefish Island and multiple uninhabited communities with a total population of approximately 2500 people. 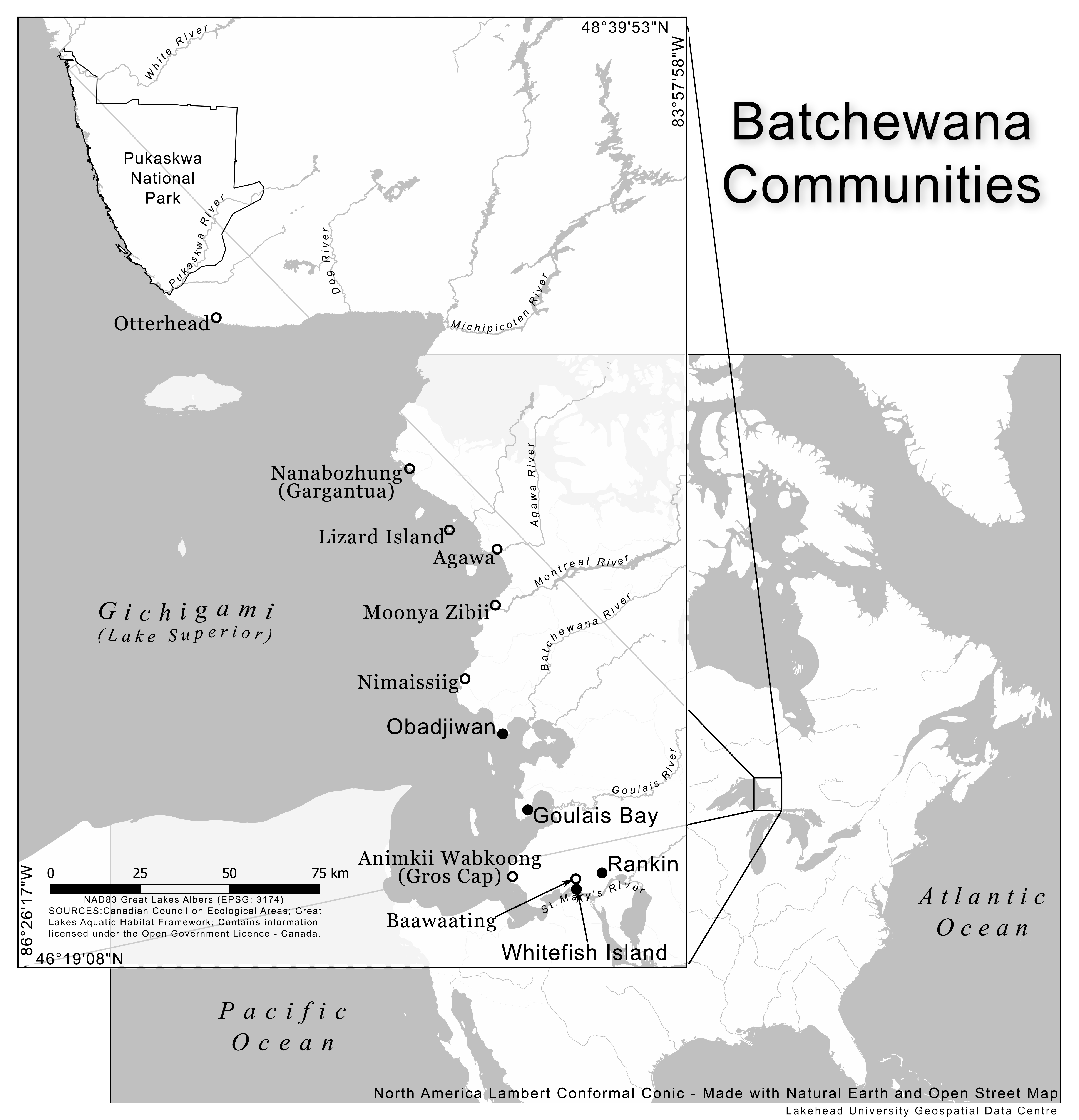