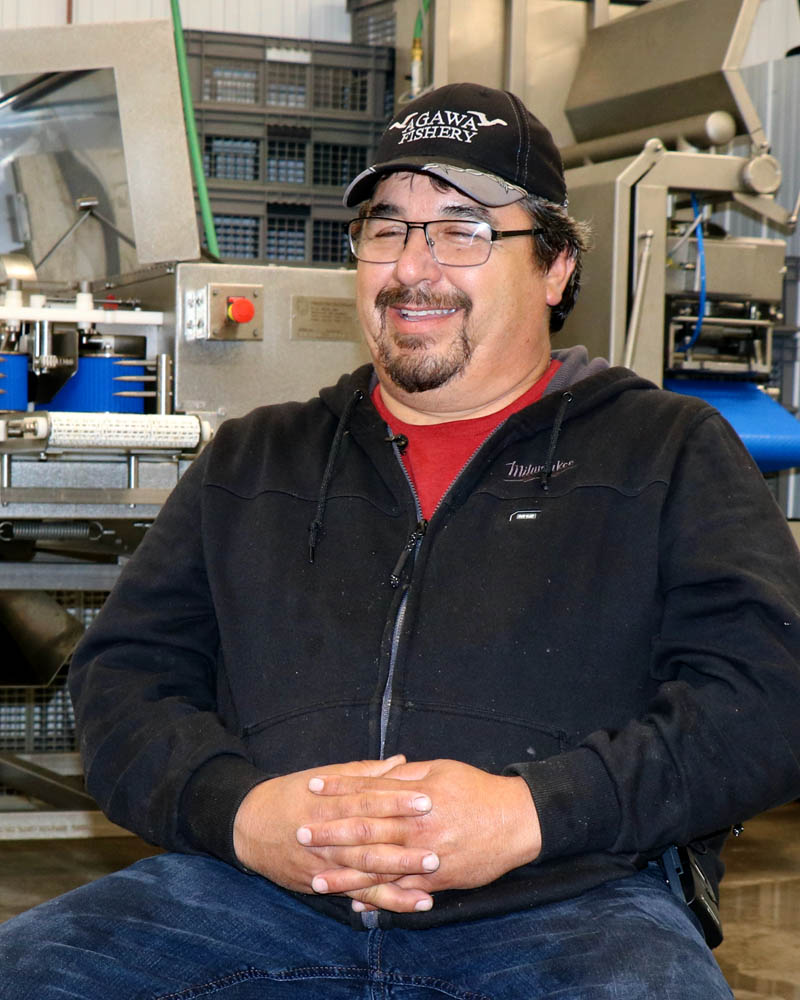 James Agawa, also known as Seagle, was born and raised in Batchewana and started fishing when he was 12 years old. He is now the owner-operator of Agawa Fishery, the largest fishing enterprise in Batchewana presently employing 15 people. He owns a sixty five-foot boat called the Cornet. James and his five crew sleep and fish on it for nine months of the year. Recently, James built his own fish processing facility on the Rankin reserve and is able to process nearly all the fish he catches. This allows the business to retain more value rather than send the fish elsewhere for processing; they also produce a range of value-added products including smoked fish and pepperettes. Over the years, Agawa Fishery has established a strong network of customers, including restaurants and farmers’ markets, and have recently started a fish and chips stand. James has a recipe for smoked fish that he thinks is the best around and looks forward to passing his fishing traditions on to his kids and grandkids.