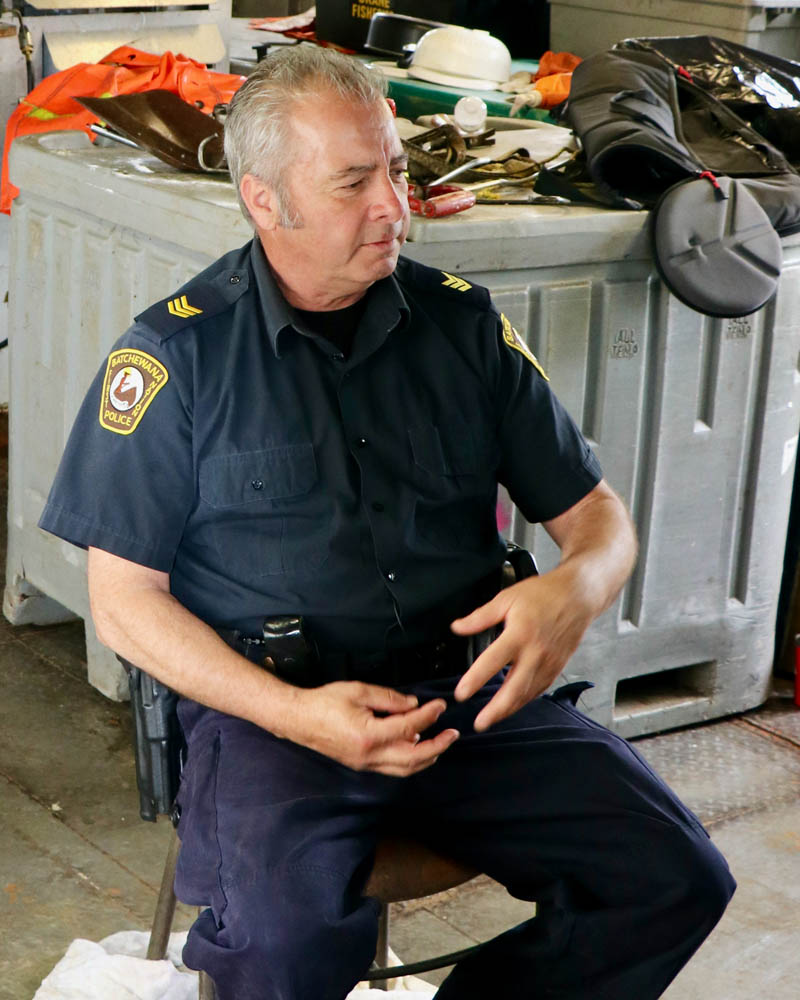 Allen James Sayers, also known as Jim Sayers, is a 57-year-old fishing captain in Batchewana as well as a Sergeant with the Batchewana Police Service. Jim fishes out of Mamainse Harbour in the vessel the Gordona Jay, named after his parents Gordon and Donna who were instrumental in pursuing Batchewana First Nation’s Treaty right to fish. He also owns the company Crane Fisheries, named after the Crane clan to which he belongs. Jim started fishing at the age of 14. Along with other members of Batchewana, including Greg Agawa, Jim was part of the 1998 court case [R. v. Agawa ] reaffirming BFN’s commercial right to fish. He also helped with the subsequent strategy BFN developed outlining their own fisheries conservation laws and management plan. One of Jim’s goals is to reestablish a fishery for Batchewana at Gros Cap, a historically important location for trading fish.